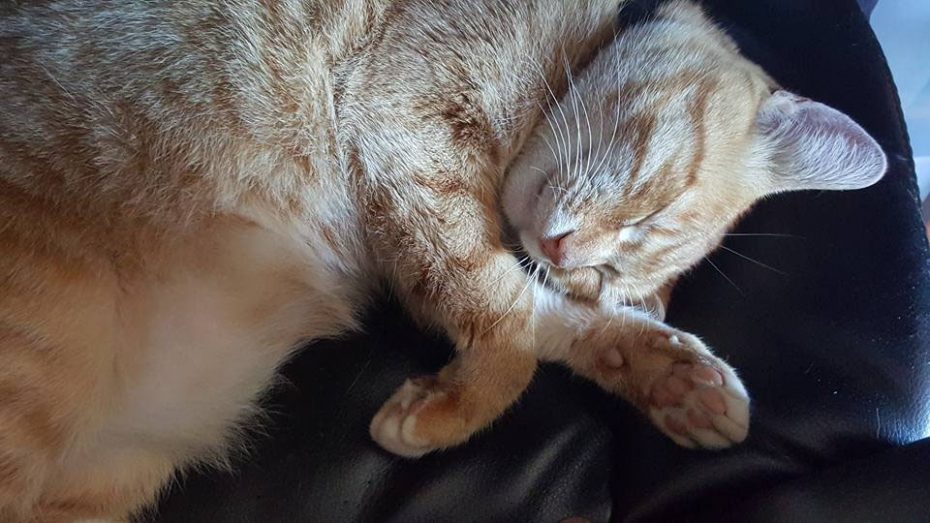 We’ve been in Saratoga Springs for about 2 weeks now, settled in at the Saratoga RV Park which is nice, and convenient, but has a cranky manager who is very distressed over the fact that George is outside off a leash (OMG!!).  Apparently she’s the kind of grumpy person who could (and would) throw us out over such an infraction.  Since it’s high season here, that would not be a good thing.

So, we had words with George this morning — as he was yowling to get out at 5:30am.  Finally we put him outside – on his string, mind you – and he did that Houdini cat thing and was out of it in about 30 seconds.

As is normal, he wandered back in at about 7:30 for breakfast.  Then, after more yowling, some discussion and no real accord between cat and person, we put him back out on his string, but on a different harness.  He didn’t get out of it, but he complained bitterly and continually until I had to take action in order to save my sanity.  He is very persistent.  Harness off, I explained as clearly as I could, that it’s either harness on and on the string, or inside the bus.  He didn’t like either option.

So, back out he went (in his can’t-get-out-of-it jacket).  Thirty seconds later, jacket is off.  I haven’t seen him since – I expect he’s up in his hidey hole under the bus, gloating over having bested his “masters” and planning his approach for tomorrow.